Anderson Manufacturing—one of the nation’s largest and most trusted manufacturers of rifles, parts and accessories—is pleased to announce that it is ranked number one in the U.S. Miscellaneous Firearms Production category for 2017.

For more than 30 years, Anderson Manufacturing has taken groundbreaking innovation to entirely new levels. Offering exceptional performance, reliability and value, each rifle we make is assembled in our Hebron, Kentucky facility utilizing only the highest-quality Anderson machined parts.

Home to the world’s only no lube rifle, no other manufacturer in the industry offers better performance, reliability and value. You’ll find our unyielding commitment to excellence is equaled only by our passion for developing exceptional firearms at an affordable price. 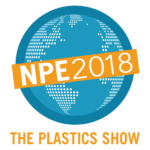 RF85 was mentioned in an article on the Bond Arms Bullpup9 9mm Pistol in NRA American Rifleman.  Read the full article CLICK HERE.

Bond Arms says if you shoot the pistol until it is excessively hot, dirty and essentially dry of lubricant, it will start to experience some stickiness in the action. I shot hundreds of rounds through the pistol without cleaning it or adding more lubrication and it ran flawlessly. The Bullpup9 is the very first handgun to use RF85 and based on results, I hope it’s not the last.

To eliminate the need for grease, Bond Arms researched various metal coatings including electroless nickel plating and Teflon. What they found worked best is the permanent RF85 coating process used by Anderson Manufacturing in their “no-lube” AR-15 platforms. To get the best results, the owner’s manual recommends applying a light gun oil to the barrel and unlock block. Before going to the range, I treated all of the lubrication points on this pistol with Breakthrough Technologies’ Battle Born synthetic high-purity oil which offers a broad temperature tolerance.

Oak Ridge National Laboratory again tested the effectiveness of the RF85 treatment. The amazing friction reducing qualities were once again documented and the startling difference between treated and untreated test samples are clearly seen in ORNL’s pictures and charts. To view the report CLICK HERE.

You can add the Defense Actions web site as the latest in a growing list of believers in the RF85 technology. The site, available by CLICKING HERE, gives a glowing report about Anderson Manufacturing’s new line of the AR Rifle which uses our process do produce a rifle that you DO NOT OIL!. Excerpts from the article are below:

“…Borrowing a metal making process from the guys who race in NASCAR and other affiliations too of course, Anderson Manufacturing has gone and out done themselves this time. Developing a method of metal making, they have introduced a combination that is worth the time to find out more. RF85 – “What is that?” you say…RF85, stands for Reduced Friction 85%. WELL…friction of what against what? I want you to think about the heat generated from a black rifle, the dirt and crap that gets into it and the time you have to spend cleaning the beast so that your “baby” can stay well maintained and working properly. Yep…that’s right, lots of heat, lots of dirt and lots of cleaning as well… ”
“…Well…Anderson’s AR platform rifles are on the top of my list, as soon as I read the article and saw some footage on their website and online as well…”

A popular law enforcement web site specializing in tactical weapons recently published an article about AR rifles with the RF85 treatment. CLICK HERE to visit the web site. Parts of the article are quoted below:

“…the feature that sets the Anderson AM15 Rifles apart from the masses is the proprietary RF85 treatment allowing Anderson weapon systems to operate efficiently without “Wet” lubricant…”
“…an RF-85 treated weapon cycles faster and more reliably, operates at cool er temperatures, experiences significantly less wear and, without traditional “WET” lubricant, doesn’t experience failures due to excess dirt and carbon fouling in the action…”
“…another huge advantage offered by the RF-85 Treatment is incredibly easy clean up and dramatically reduced carbon fouling…”
“…the gun never needs to be cleaned with cleaning solution – only wiped out with a moist cloth and then dry cloth. Repeat – the action of this weapon never needs to be cleaned in the traditional manner with harsh, smelly solvents and should never be oiled. Simply clean with soapy water and a nylon brush, followed by thorough drying with a clean cloth. DO NOT OIL…”

The unmatched fiction reducing technology of RF85 is featured at Gunblast.com, a popular online gun magazine. Exerts from the article are below. CLICK HERE for the complete article.

“…What intrigued me the most and really piqued my interest is the RF-85 metal conditioning treatment applied to the Anderson rifles, allowing them to run without any liquid lubrication at all. Anyone who has ever tried to keep an AR running smoothly in a dusty or sandy environment knows the problems that can occur when blowing silt and sand enter into the action of a rifle which is coated with oil…”

“…Throughout all testing, functioning was one-hundred percent in both rifles. There were no failures or malfunctions of any kind. Every cartridge fed, fired, and ejected perfectly. No lubrication was used at all on the rifles. They started out dry, and were left dry throughout the firing of both rifles. Both rifles also concluded the tests with very little residue in the chamber and bolt area. With no lube in the rifle, there is nothing to collect and retain the firing residue, leaving the weapon much cleaner than had there been oil present. This metal treatment should be a great benefit to reliability in a harsh environment, such as the deserts in which we are now at war. If there was no oil in the rifle, it would not be nearly as prone to collecting the fine-powder-like silt that blows around and gets into every crevice in the deserts of the Middle East. I think that the US Military should look very closely at the RF-85 metal treatment, and I have heard unofficial reports that they are doing just that, but the information is classified at this time. I have seen a report from the Oak Ridge National Laboratory in which they tested Anderson Manufacturing weapons that were treated with RF-85 against identical weapons that were untreated, but lubed with standard CLP lubricant. The RF-85 weapons ran cooler, faster, and slicker, indicating a lower coefficient of friction in the non-lubricated RF-85 treated weapons as compared to the normally-lubricated weapons. The RF-85 seems to be some very good stuff, and has applications for other mechanical devices as well in the performance automotive and medical fields, but as far as I can determine, Anderson is the only manufacturer using the RF-85 in any weapons that are available for civilian sales, and it seems to be very good stuff. It is not a coating, but a treatment that changes the structure of the surface of the metal, greatly reducing friction, heat, and wear…”

We just found great success in treating gear hobs. We saved a national known customer over $200,000 in yearly tooling cost.

We were featured in the June 2009 issue of the prestigious Race Engine Technology magazine. To view that article, CLICK HERE

We were featured in the July 2009 issue of the prestigious Race Engine Technology magazine. To view that article CLICK HERE

Here is a July, 2009 article from Tiger Rear Ends reporting on the success of David Scites as he used high performance parts treated with RF85. To view the article CLICK HERE.

CLICK HERE to view the 2010 Circle Track Magazine article from April of 2010.

Here is the September, 2009 article from Modern Machine by Peter Zelinski, Senior Editor. Peter reports on the incredible job RF85 did on a set of taps for The Team Industries of Audubon, Minnesota. To view the article CLICK HERE.

RF85 is featured on the RET-Monitor.com. A summary of the article is below:

RF85 has been covered in the pages of Race Engine Technology in the recent past (May 2009), but in this instance most of the data presented referred to the results of tests on cutting tools such as saw blades and taps. We spoke to, the owner of Better Than New Inc in Tennessee, USA, the company which carries out the RF85 surface treatment, which claims to reduce dry friction between metal pairs by around 85% (hence the name RF85). He says that people send the whole disassembled engine for treatment which is a low-temperature immersion process. The process was developed in 1999, and parts to be treated are immersed for a period of one hour. Whilst temperature is involved, the processing temperature is said to be lower than the aging temperature of any of the metals which are processed.

The result of the process is the diffusion of elements such as calcium and sulphur into the surface of the material, and there is evidence that whilst the gains aren’t so large with all materials, there are significant reductions in friction for most metallic materials, including aluminium and titanium. The process is even applied over coated parts with claims of good results, even when applied to DLC coated components.

In common with some of the coating process applied to reduce friction and increase wear resistance, the results for this treatment are claimed to be better when both surfaces in sliding contact are coated, with friction reduction of up to 95% in certain circumstances.

In addition to a reduction in friction, there are real gains to be had in the longevity of parts and, if the impressive results found in initial testing in transmission components and engines in the USA can be replicated in engines where there is a minimum lifetime requirement (F1 and Moto GP are obvious examples), then there could be real cost savings.

In transmission applications, this treatment has allowed racers to run with a substantially smaller quantity of oil, and the reduced shear losses mean that temperatures are lower and that there is a lower cooling requirement on the car.

One area of particular success is in treating interference-fit nested valve springs. Quite often these need to be changed due to wear in the area of contact between the two (or three) springs. Bearing shells are also reported to be a successful application of this coating, with less wear reported on stripdown,

One notable result reported is that engines treated by this process show less degradation of performance over their lifetime than untreated engines.

The treatment is widely applied in racing in the USA, with customers, in Late Model racing, ARCA and NASCAR all bringing repeat business for this process. The accompanying pictures show treated engine components. One ‘problem’ with the coating is that it isn’t possible to detect by eye, and so there is no visual difference between coated and uncoated parts.

Racing is said to be a ‘distant third place’ in terms of sales revenues for this process, with other significant applications being cutting tools and firearms.

We were featured in the February 2009 issue of Circle Track magazine. To view that article CLICK HERE.